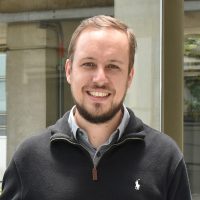 I also organize several training activities for our teams. All the relevant information about the activities and results of our group is published in the groups’ official web site: http://maraton.uniandes.edu.co/

Service activities (within and outside of the institutions)

Percentage of time available for research or scholarly activities

Percentage of time committed to the program

In recent years, workflows have started to be used in many domains such as business processes, scientific applications, and e-learning. Accordingly, various workflow specification languages have needed to be designed in each one of those domains. Corresponding infrastructures (like editors, engines, and monitoring applications) to utilize and enact those languages have been implemented as well. Among the benefits commonly associated with workflows, one that stands out is the possibility of modifying workflow definitions by manipulating only high level or domain specific concepts. This is extremely positive because it enables domain experts to introduce changes to the systems without requiring the intervention of software developers. However, this flexibility is not always enough. Workflow users often encounter new requirements that cannot be properly solved with existing tools and languages because they depend on new concepts or should use different structures. In those cases, their only options are to change or extend the workflow languages, or to develop entire new ones. Unfortunately, nowadays there is poor support to implement either alternative. With the former, the biggest problem is that workflow languages and their associated tools have very limited extensibility capabilities. With the latter, there are two different problems. The first one is the scarcity of frameworks or libraries available to support the development of new workflow engines to enact the newly created languages. The second problem is that existing engines are tightly coupled to the languages they were developed for. Therefore, by creating a new language one looses existing tool support (editors, simulators, monitoring applications, and others).

There are three ideas that are central to the proposal. First of all, there is the idea of using metamodels to define the structure of workflow languages, and using models to represent specific workflows. The second idea is that of making the models executable by establishing executable semantics for every element in the metamodels, and following the semantics of the language. Finally, the third idea is that of coordinating the execution of several executable models in order to support the aforementioned concern specific languages. To support these three ideas we developed the notion of `open objects’, which are used to define the behavior of elements of the metamodels in a special way. By using open objects, each element defines its own semantics. However, the actual coordination between those elements is specified in an explicit and flexible way. It is the responsibility of a special kernel in the platform to use this information to coordinate the behavior of the elements and thus execute the workflows. Furthermore, this kernel also provides other features common to workflow systems. Therefore, these features do not have to be reimplemented for every language.

The ideas presented in this dissertation have been implemented in the Cumbia platform, which encompasses a Java based development framework, and two components called Cumbia Kernel and Cumbia Weaver. Concretely, the framework is what workflow language developers need to build their own metamodels based on open objects. The Cumbia Kernel is the component that loads and runs the models. The Cumbia Weaver is what establishes relationships between models conformant to different metamodels, thus allowing the interaction of concern specific languages.